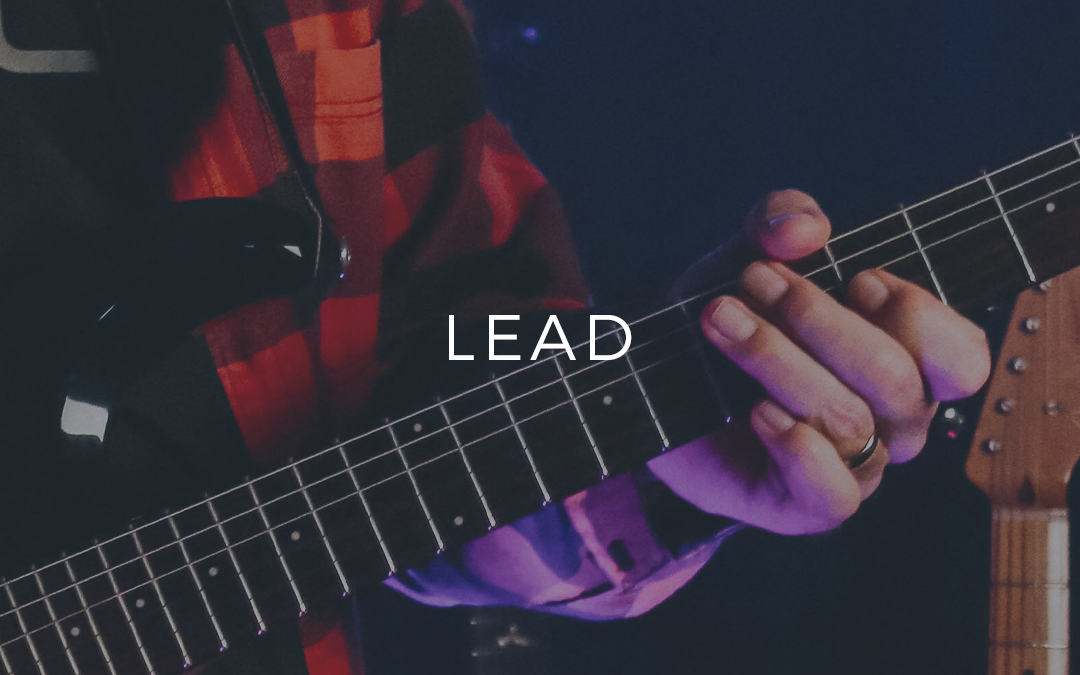 Discover how to play more Melodically without blindly relying on ineffective Scale Shapes...

This lesson is beginner friendly, but in order to get the most out of it, you’ll need to have some experience with lead guitar technique in general.

In this lesson you’ll discover how to use the power of chord tones to level up your playing, whether it’s rhythm or lead.

In this lesson, I’m going to show you how to play more melodically on the guitar using chord tones.

Chord tones are one of the most important concepts for any guitarist to understand because they literally give you a roadmap of where you can go with any given progression whether you’re playing rhythm or lead.

So if you’re looking to add some melody and colour to your playing, dig in and let me show you how it’s done.

One of the biggest complaints guitarists have when it comes to improvising or playing lead lines is that their playing sounds like scales.

Totally understandable because at the end of the day we want our playing to be musical, melodic and emotive and definitely don’t want it to sound like scales.

Scales in and of themselves are purely just a collection of notes and no one wants to listen to scales. Instead, it’s all about how you use the notes in the scale that makes the difference.

That’s why in this article I’ll be showing you how you can avoid your playing from sounding boring by using my melodic math concept, and specifically looking at how you can use simple triads to come up with really cool lead lines.

For this example I used a Tone Junkie Profile on my Kemper Profiler. Here’s a quick breakdown:

The first pedal in the chain is a compressor with very mild settings, The intensity is set to around 3.0, The attack is set to around 2.6, Squash at 0.0, the Mix is at 85% and the volume is +1db.

The second element in the chain is the pure booster, which is adding a few decibels of gain to drive the amp a bit harder.

Next up is the amplifier which is a profile of a Matchless Spitfire with its matching 2x12 cabinet equipped with H30 Match Modified 30 watt speaker.

Next up we have the soft shaper with the drive knob on 1 and adding 1db of gain.

Lastly we have a natural reverb with a decay time of 8.7 seconds pre-delay of 110ms and the mix around 54.1%

If you’re not already familiar with triads, this issue is perfect for you because we’ll be uncovering exactly how triads are formed in the Theory Section, so if you want a refresher check out that article first.

In short a triad is simply a three note chord.

Another way to look at this is that the three notes inside a triad are all what’s known as chord tones. Meaning it’s the actual tones that make up the chord.

When you play a chord tone over a chord, then it fits perfectly over that chord because you’re literally playing one of the notes in the chord.

Now when you look at a major scale then you’ll see that it has seven notes. Meaning four of those notes will not be part of the triad tones, and when used as resting notes, they won’t fit over the chords as well as the chord tones.

Of course there are exceptions when it comes to using non chord tones with varying degrees of tension or even extending a basic triad with extended chord tones like 7ths, 9ths and 11ths etc.

But for this article we’ll be focusing on triads and why it’s a better approach than blindly playing scales up and down the neck, hoping and praying that it will sound good.

So that right there is the first reason why people’s lead playing ends up sounding like scales, which is due to the fact that they’re playing scales and they don’t have the awareness of where these chord tones exist within the scale.

Add to that the fact that the chord tones change every time the band plays a new chord which adds a whole layer of complexity since the chords keep changing all the time throughout a song.

That is why I recommend using triads as the bulk of your options and then using the rest of the scale tones to add colour and dimension to your playing.

And how you do this is by understanding the difference between stable tones and active tones.

A stable tone is when you’re playing a chord tone over a chord. It can be the root note, the third or the fifth. When you rest on any of those tones, then it will sound like it fits perfectly over the chord.

This is great, but if we only use chord tones all the time then we won’t ever get some tension we can resolve, which is necessary for musical sounding lead lines.

This is where the active tones come in.

Any note that is not a chord tone, can be considered an active tone and they’ll add varying degrees of tension.

Let’s look at some examples.

Each one of those four chords have their own respective chord tones which is as follows:

All of those chord tones come from the same scale, which is E major in this case.

Now let’s look at where you can find the chord tones for each of the chords using the same scale shape.

Note that the coloured notes are chord tones, and the black notes are the rest of the scale tones. And also note that the note position changes with each chord.

As you can see in the shapes on the previous page, the chord tones change every time the chord changes.

Now if you’re new to this then it might be tricky to instinctively know where all the chord tones are because you’ll need to know the neck very well, plus know what the individual chord tones are, and you’d need to be able to do that in any key.

A shortcut to all that would be to simply focus on the triad shapes and know that those will be your chord tones, also known as your stable tones.

And then add to that the fact that you can use any of the non chord tones, also known as active tones to create some colour and tension.

The non chord tones are simply the remaining tones in the scale that are not chord tones.

An easy way to add some tension would be to use the non chord tones as connecting tones or passing tones as you move from chord tone to another chord tone.

That is exactly what I’m doing in the following examples I’ve composed for you when creating this lesson.

So to summarise, in order for your lead guitar playing to sound more musical you need to use chord tones more often, along with the active tones to add some tension which you’ll resolve by landing on a chord tone again when you end your phrase.

In this example I played the same ascending melodic idea over the first three chords along with a variation over the fourth chord to end the idea.

The line starts on a chord tone of each chord and then uses an active tone as a passing tone as I move to the next chord tone.

The same melodic idea is then repeated over the B and C#m chords.

For the final chord I started on the 5th of A before going to the Root and then used major 7th to add a fair bit of tension before resolving to the Root of E major and then starting it all over again.

It’s a simple but very effective melodic pattern as you’ll hear in the example below.

While the notes are simple, it’s the rhythmic pattern that adds a lot of the “magic” to this line which I’ll unpack in the breakdown video.

This example is very similar to the previous example with the only difference being I’m starting on the 3rd of the E chord and then following the same melodic pattern throughout and varying it slightly for the final chord.

The rhythmic pattern is slightly different and the phrasing contributes to the gentle and emotive feeling of this line. Check out the breakdown video for more tips on phrasing and articulation.

In this example we’re taking a similar approach when it comes to the note choices by starting on the 5th of the E chord. Rhythmically we’re upping the ante a bit with a cool syncopated strumming pattern which is then contrasted by a more rhythmically open picked line for the final chord before starting over again. It’s important to get the accents right in this rhythm to make sure it sits well and doesn’t sound messy or out of control.

This next example features some back and forth embellishments to create some melodic interest and everything is based around the 4-2 voicings we teach at the Worship Guitar Skills Academy.

Essentially a 4-2 voicing is when we play simple two note chords on the fourth and second string, hence the name 4-2 voicings. They’re incredibly useful and very versatile. In fact you can just about play any modern worship song using nothing but three simple shapes.

Here’s a video from our YouTube channel showing these shapes in action.

For this fifth and final example for this month we’ll be using simple diads on the 1st and 2nd strings. These are essentially mini chord fragments and they’re perfect for cutting through the mix while outlining the harmony.

Pay attention to the repetitive rhythmic pattern which gives this line its character.

So there you have 5 cool lead lines that don’t sound like boring scales, since we’re using chord tones as the main focal point. Use the backing track below to come up with your own ideas using the concepts you learned in this lesson.

And if you’re looking for more tracks like this, consider picking up a copy of our Worship Guitar Skills Practice Pack.