How To Learn Your Fretboard Fast 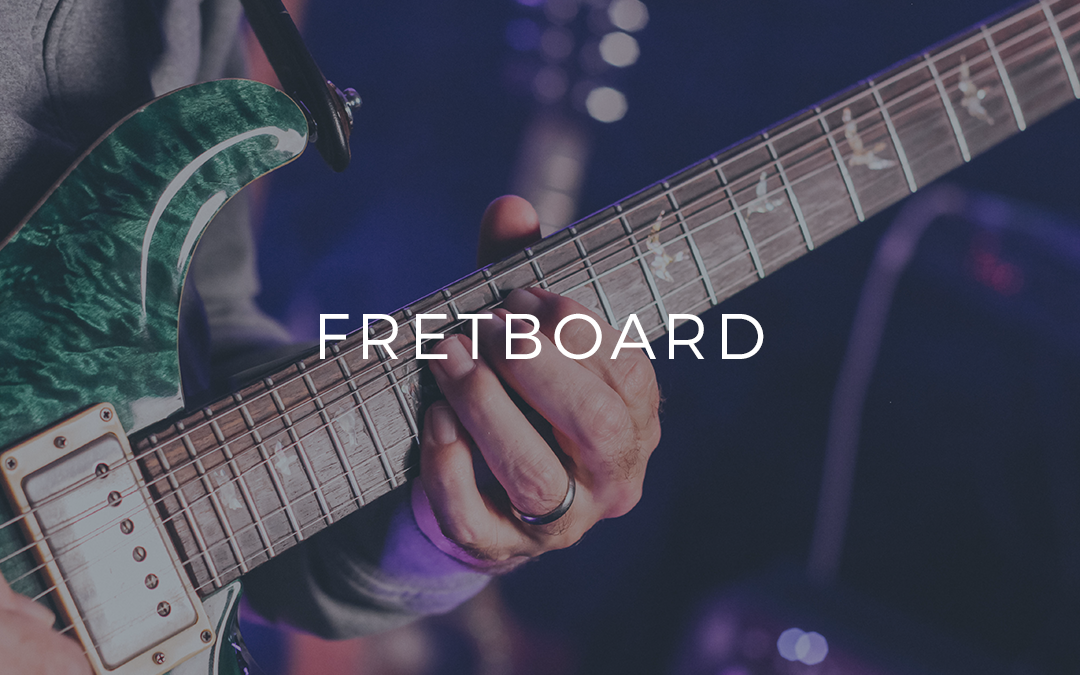 In this lesson I’ll show you how to easily memorise the entire fretboard using three simple octave shapes.

When it comes to playing any type of chords and scales on the guitar it’s essential to know where to find the root notes so you can easily and quickly move chord and scale shapes around.

In other words the better you know the fretboard, the easier it will be to transpose progression, riffs and licks to other keys.

"Knowing the notes on the fretboard makes it easy to transpose chords and progressions to other keys."

If you’ve spent any time playing with a worship team, then you would know that the key of the song will change a lot because of the different ranges different worship leaders have.

So that means that being able to quickly and easily change keys is an essential skill to master, and it all starts with your knowledge of the fretboard.

As an exercise go ahead and play as many F notes on the fretboard as you can in five seconds.

How many notes were you able to play in five seconds?

Most people are able to play 2 or 3 instances of an F note on the fretboard.

In this lesson I'll be showing you how to not only find any note on the fretboard but also to be able to play all the instances of that note across the entire neck in less than five seconds.

Wouldn’t that be cool?

All THE F’S ACROSS THE NECK

In this video you’ll see how I can play all the F’s using three simple octave shapes.

While this is by no means superhuman ability, I'm sure you'd agree that it's pretty quick to find all the F notes that fast on the neck right?

Well I'm about to show you how you can do the same using any note of your choosing.

As I’ve already mentioned, the good news is that you don't need any special superpowers to do this.

All you need is an understanding of these basic building blocks that unlock the fretboard.

And in this lesson we'll be focused on three simple octave shapes to reveal all the notes across the fretboard.

Before we get to the shapes, let's briefly look at the chromatic scale.

The chromatic scale is a musical scale with all twelve pitches available to us in Western music, each a semitone, also known as a half-step, above or below its adjacent pitches.

On the piano you would simply start on a note and then play each and every note after each other, including the black keys in order to play the full chromatic scale.

C CHROMATIC SCALE ON THE PIANO

On the guitar it's starting on any fret and then playing every following fret as you ascend up the neck.

Here it is starting on C on the A string.

C CHROMATIC SCALE ON THE GUITAR

On the guitar it's starting on any fret and then playing every following fret as you ascend up the neck.

Here it is starting on C on the A string.

So that scale spanned the distance of an octave and once you get to the next C, everything will repeat in the same order again.

The reason it's important to know the chromatic scale is because it will allow you to find any note, on any string on the guitar.

From there you can apply the octave shapes we're about to look at, to reveal all the notes across the fretboard.

So how can you memorise the chromatic scale?

It's quite easy really once you understand how sharps and flats work.

A sharp [#] simply means higher in pitch by one semitone.

And a flat [b] means lower in pitch by one semitone.

On the piano all the sharps and flats are the black keys.

So that's a great visual reference to distinguish between sharps and flats.

Now when you look at the piano you'll notice that there are two places where we have to white keys next to each other, meaning there's no black keys or accidentals.

Accidentals is simply another term for sharps and flats.

The two places where that occurs is between B&C and E&F.

That means everywhere else you'll have sharps and flats.

So with that you can start on any open string and just follow that pattern to reveal all the notes on any given string.

Let's do a recap and learn all the notes on the E string.

Now it's not that economical to move across the entire neck to go from F to F.

So instead of this:

F TO F ON E STRING

We can play this:

F TO F ON D STRING

And instead of this:

We can play this:

Now that you see how powerful this is, let's look at the three different octave shapes.

Our first moveable shape starts on fret 1 of the low E string and skips one fret and one string.

You can play this shape anywhere on the 6th or 5th strings and it will produce an octave.

Our second moveable shape starts on fret 3 of the D string and skips two frets and one string.

You can play this shape anywhere on the 4th or 3rd strings and it will produce an octave.

Our third moveable shape starts on fret 6 of the B string and skips one fret and two strings.

You can play this shape anywhere on the 2nd or 1st strings and it will produce an octave.

Once you get to the F on fret 8 of the 5th string, those three shapes repeat again from the start to reveal the other F notes across the neck.

ALL THE F’S ACROSS THE NECK

ALL THE Ab’S ACROSS THE NECK

You can use the same shapes to find all the Ab’s when you start on the 4th fret of the E string.

Let's do a recap and learn all the notes on the E string.

Start with one note like F, and then use this handy pattern to find all the F notes across the neck.

Once you have them down, play all the F notes again, but don't use the octave shapes.

Instead play the F notes string for string to test your knowledge and accuracy.

Then once you're comfortable with F, move on to another note like Bb for example.

Watch the video for a handy way to practice this concept as you learn all the different notes on the guitar.

There you have a handy way to find all the notes on the fretboard by simply learning about the chromatic scale and then using the three octaves shapes to play all instances of a note all across the neck.

Use this to memorise the fretboard fast and get ready for more fun and freedom on the guitar.

This will be immensely helpful when it comes to transposing progressions, chords, riffs and licks.

All that’s left to do is to incorporate this into your practice session so you can learn all the notes on the fretboard over time.