Introduction to Diatonic Triads across the Neck...

If you want to achieve the state of flow in your guitar playing where you can freely and effortlessly play across the whole neck, then you need to develop your muscle memory.

And the reason is simple.

Music moves at such a pace that it’s impossible for your conscious mind to guide every step in real time.

Instead it’s more like driving a car or catching a wave.

The actions happen on autopilot without your conscious mind slowing things down.

Now the only way to get there is to develop your muscle memory to such a degree that you can play without thinking and that level of proficiency only happens through one thing...

You’ve probably heard the saying that “Repetition is the mother of skill.”

It simply means that by repeating certain movements enough times, you get to program your muscle memory, also known as motor skills, to perform these movements on auto pilot.

This article is beginner friendly, but will take time to develop the necessary skills in order to play the examples at speed.

So with that said, in this month’s technique section I wanted to give you some exercises around triads so you can develop the skills to play freely and accurately play triads across the entire neck.

We’ll break this process down into three simple steps:

Step #1. This is all about visually seeing the triad shapes we’ll be playing.

Step #2. Once you know what the shapes look like it’s time to start moving between the shapes with clean chord changes.

Step #3. Once you can freely move between the shapes, we’ll add in rhythm using either strumming or picking. That’s it!

Let’s start by looking at the triad shapes by themselves.

Next up we want to play those three triad shapes across the neck in a certain order.

Now that you have those shapes down, go ahead and play them up and down the neck as shown in the video. Once you’re comfortable with the shapes you can move on to the examples.

In this example I’m playing all the diatonic triads in Bb across the neck with a whole note rhythm per triad. 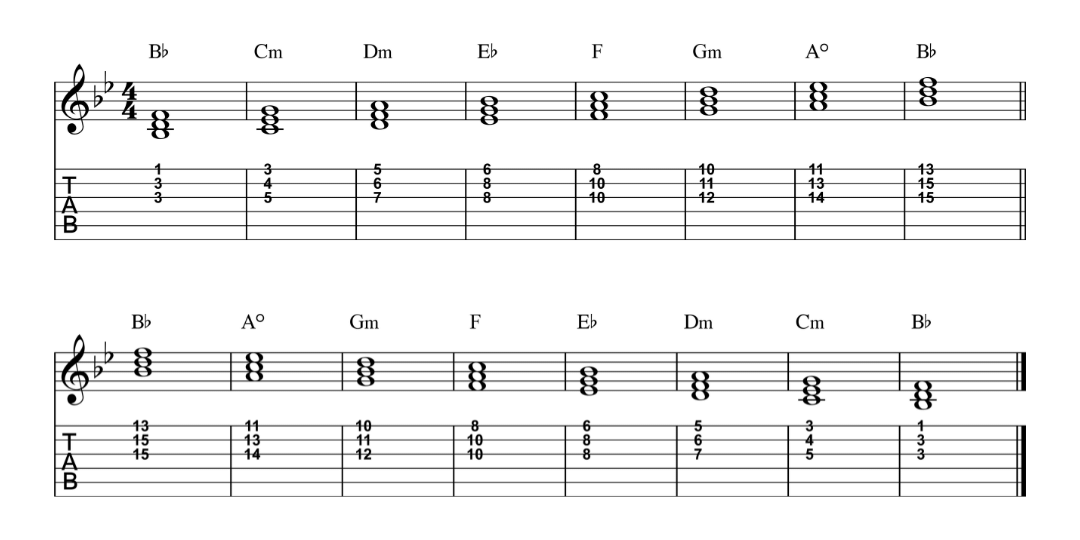 Now let’s take the same shapes and add in a simple picking pattern to up the ante. 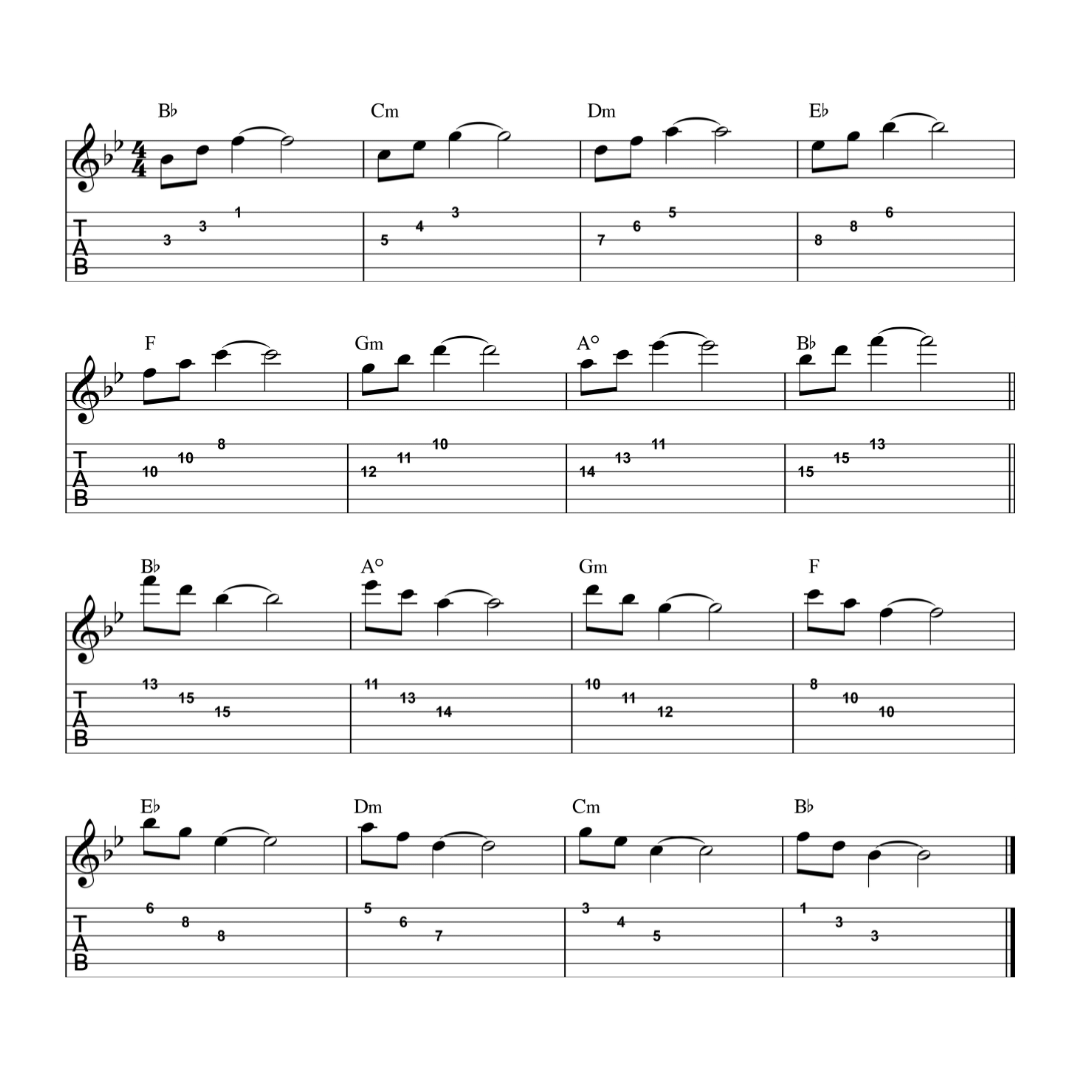 Now we’ll string the chords together a little quicker by using a simple triplet picking pattern. 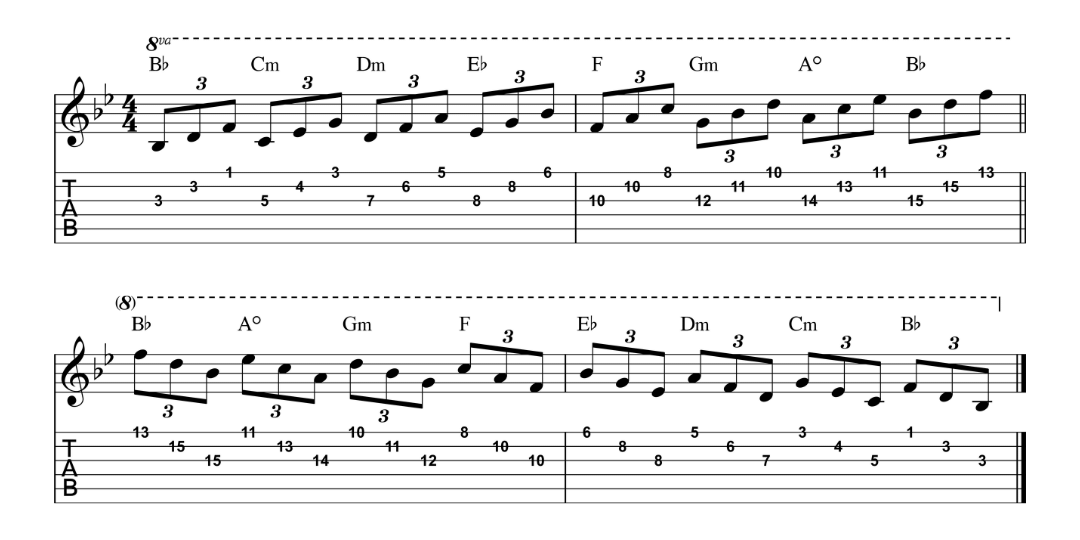 Let’s keep mixing it up. For this example we’ll alternate between ascending and descending picking patterns. Check it out. 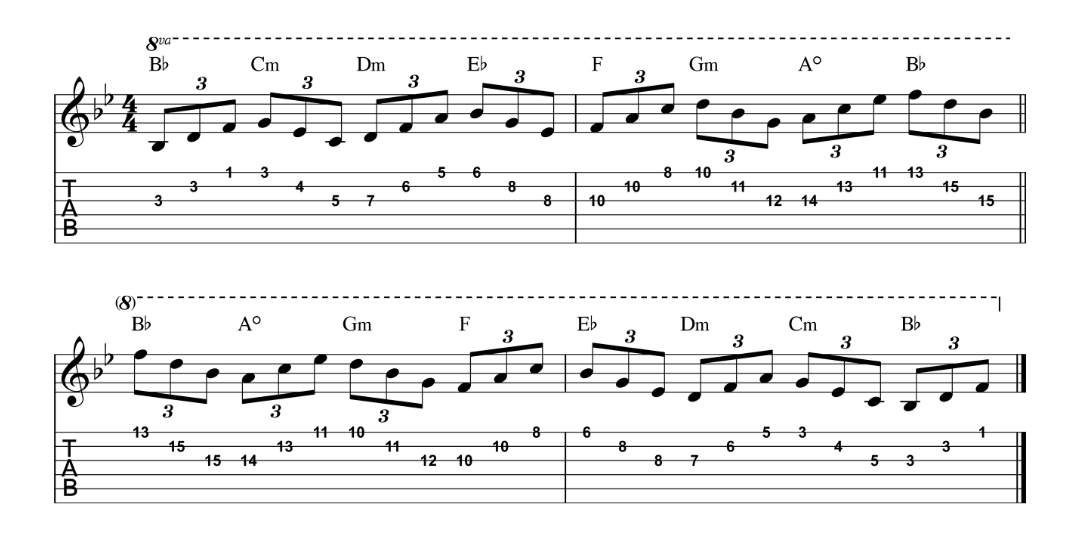 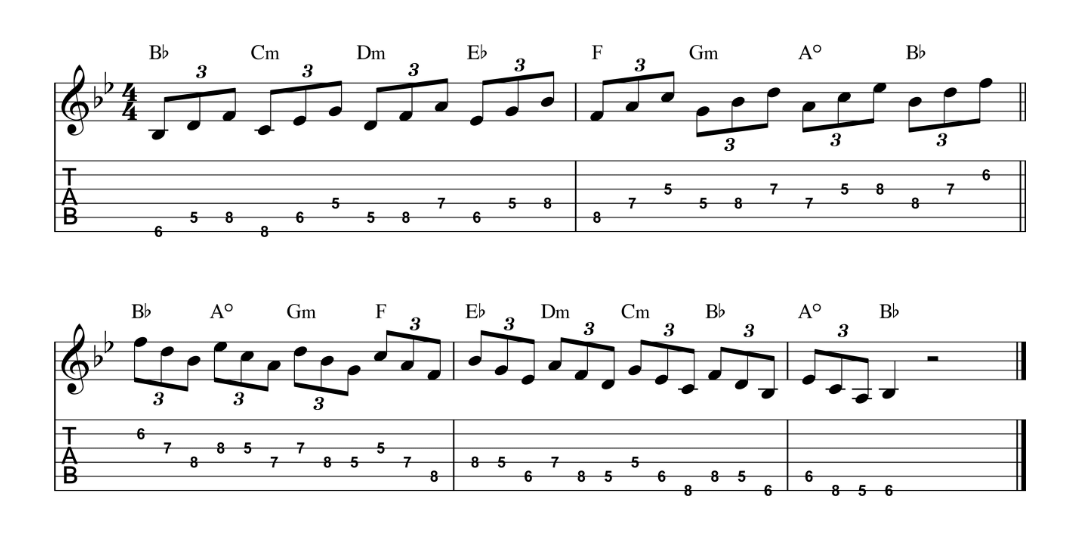 And for our final example, we’re adding one more twist which is doing the alternating ascending and descending triad patterns 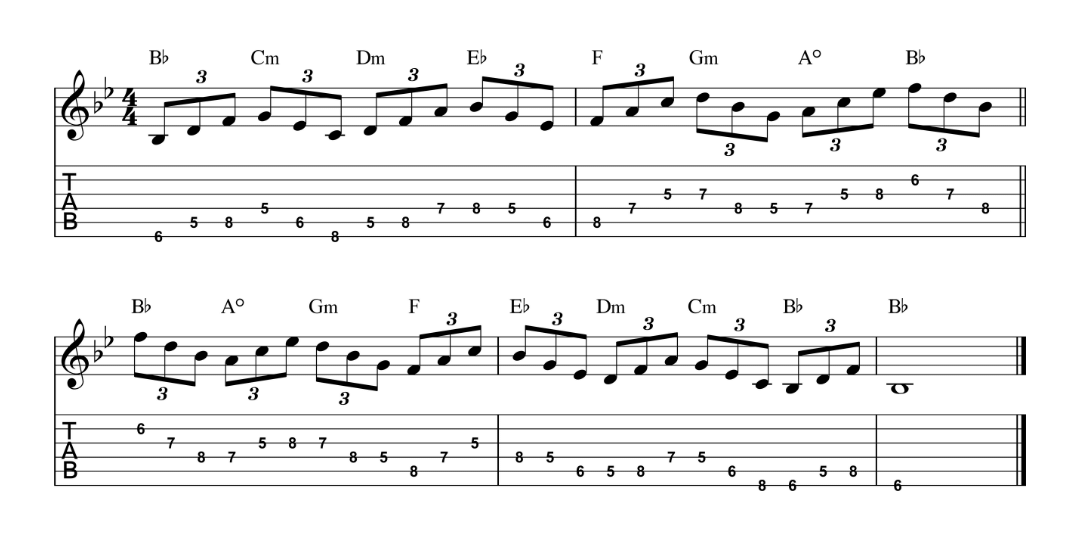 So there you have 6 powerful exercises to train your muscle memory, fretboard knowledge as well as your ear because you’ll start hearing the relationship between the different triad shapes across the neck in a particular key.

Main word of caution here is to go slow at first. You don’t want to make repeated mistakes because that way you’re programming mistakes into your muscle memory which is the one thing you want to avoid.

So pick a tempo that works for you where you can play the example without making repeated mistakes.

I hope you enjoy these exercises and that you get to experience a marked improvement in your technical abilities.