On Voicings And Ambient Tone 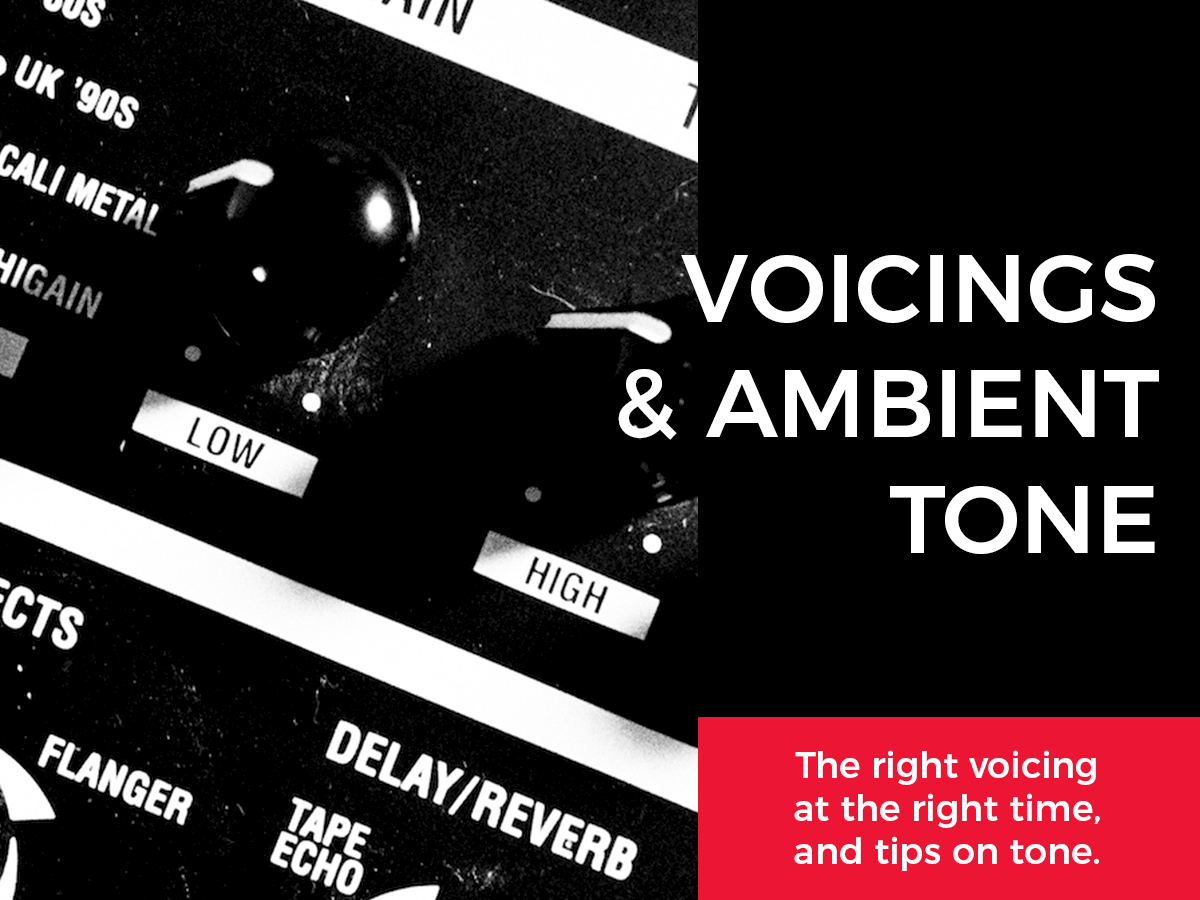 It’s quite common these days for the electric guitar to play lush ambient voicings in a worship set.

It can even include some shimmer and pad-like modulated effects that the Strymon Timeline is known for with its Ice Patch.

I’m loving the delays on the Kemper and in a future video I’ll go deep into the actual setup of these types of delays.

For this video I used one of the STL Sky Dreams patches on the Kemper.

Essentially it was clean tone with a Quad Delay and a Long Hall Reverb.

Dialling in the tone is the easy part, provided you have the right gear.

What’s not that intuitive is how to use proper voicings and voice leading on the guitar.

Sure, it’ll work fine with normal chords, but once you learn how use open voicings it opens up a whole new way of thinking and playing.

These triad voicings are awesome and they’re a ton of fun to play...

A triad consists of three notes:

The Root. The Third. The Fifth.

In the case of C Major, those notes end up being C, E and G.

So, how many combinations can you come up with if you have to use all three notes each time, and you’re not allowed to double any notes?

And here’s what they look like on the guitar…

These three combinations are what we call “closed position triads” because all three notes are contained within the same octave.

So these first three combinations are what we refer to as voicings.

Then we get the open position triads where the notes span more than the distance of an octave...

So there you have six different shapes, all using the same three notes in different combinations.

That’s essentially what a voicing is. It’s about how you choose to arrange the different notes of the same chord.

The Right Voicing at the Right Time, with the Right Tone can make a MASSIVE impact.

Option 1 is using the same voicing for all three chords. That’s not ideal because of the big jumps I have to make on the neck to play three different chords with the same voicing.

Option 2 makes use of closed position triads and voice leading.

Voice leading is known as the art of connecting different chords in the smoothest manner possible.

Option 3 made use of the open position triads all played in the same area of the neck.

Check out the video below to hear and see these voicings in action.

I hope this has been helpful to you!