How To Read Tab 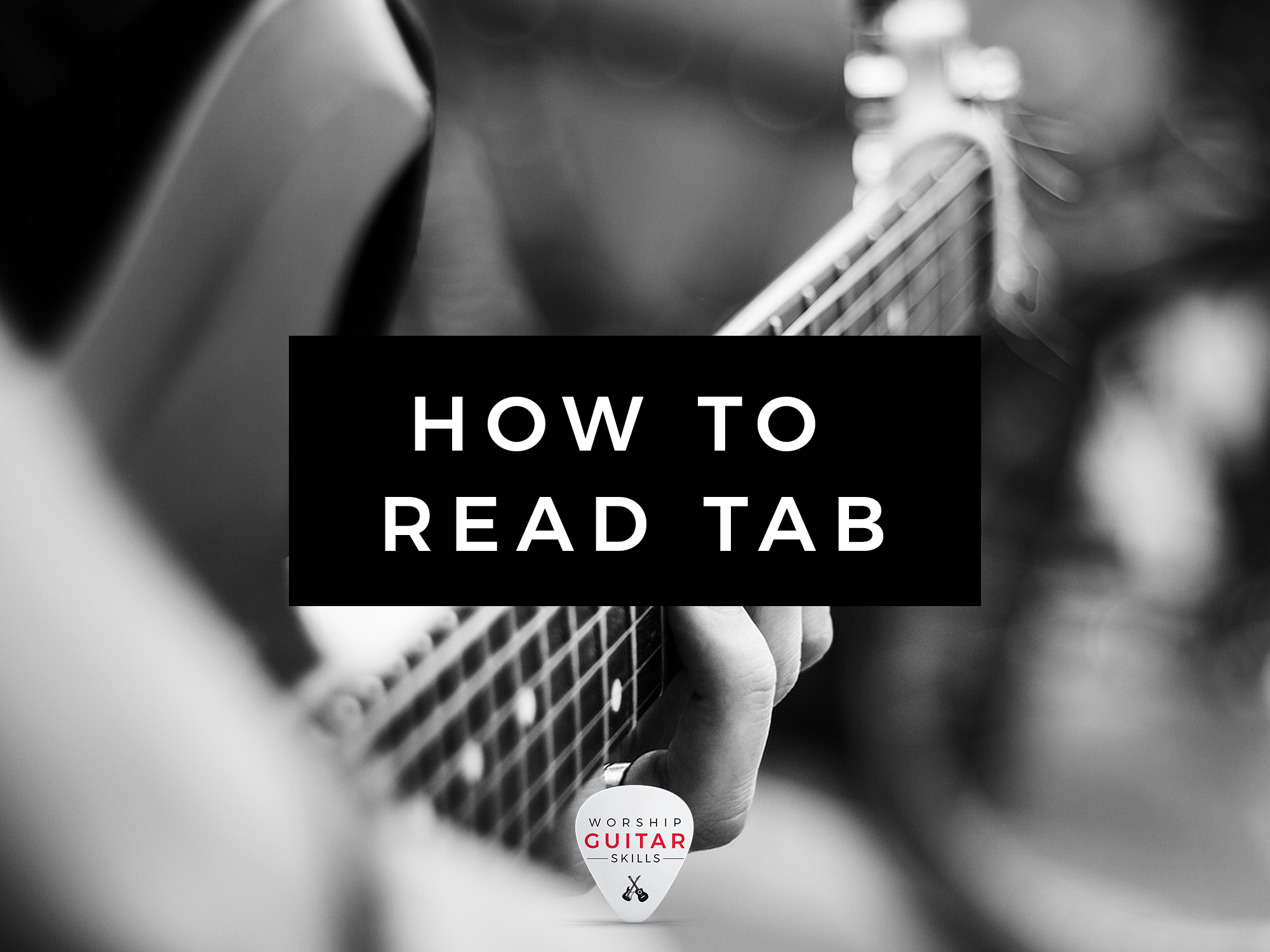 If you can read tab you’ll be able to pick up new musical things much faster on the guitar, without having to read traditional music scores.

So if you don’t already know how to read tab, check out the video and lesson below.

You’ll learn how to read tab and what all the different symbols mean...

SEND ME THE TAB!

The 6 horizontal lines represent the strings with the low E string below and the high E string above.

The numbers that are placed on the lines are the frets you need to fret on a particular string and a 0 indicates an open string. So here we have the 2nd fret on an A string indicated by the number 2 on the 5th line, and an open D string with a 0 on the 4th line:

And this is what an ascending and descending C major scale in the open position will look like:

If you have numbers grouped together like this, then it means all the notes are played simultaneously like this C major chord:

It’s possible to add rhythms to tab without the use of a traditional stave. The stems look the same as traditional notes, except we replace the note heads with tab.

Two bars of two half notes looks like this:

Collectively these are known as slurs and are shown with a curved line.

Slides are illustrated with a straight line connecting two notes:

String bending can be shown in one of two ways...

The US way makes use of arrows with the distance of the bend indicated on the tab.

Vibrato is illustrated with a squiggly line like this:

“Let Ring” means that all the notes should be ringing over each other:

“PM” is short for palm muting:

“capo 2nd fret” means you need to place a capo on the second fret. This means that all 0’s on the tab will be referring to the open ringing strings at the second fret:

“pima” relates to your fingerpicking hand:

An X placed on the string represents muted notes where you mute the string with the fretting hand and strike the strings with the strumming hand:

When you place a circle around a note it indicates a tapped note:

When you place a diamond around a note it indicates a harmonic:

SEND ME THE TAB!

Get The Transcription Delivered Straight To Your Inbox!

What would you like to improve most right now?